It is probable that I was the one who coined the term, “negative manifestations” in my book, Satan’s False Prophets Exposed. I define it as: God causing you to do or say something that exposes the truth about you; or will let people know that what they are seeing is of Satan.

For example: The architect of Pope Paul VI Audience Hall, most likely, did NOT intentionally design it so that we could see connections between the building and a serpent, but that is exactly the way it turned out. I do not believe it was a coincidence, I believe God caused him or her to make the decisions needed to show us the snake, as seen in the below images: 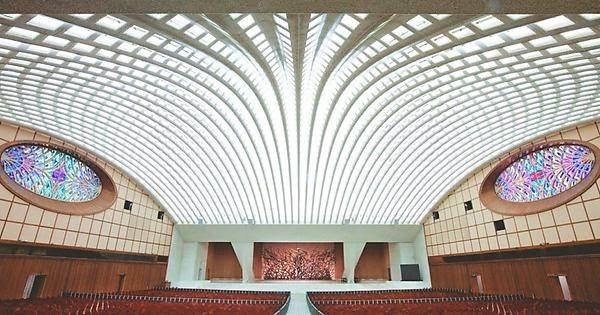 God also caused negative manifestations to appear with Kenneth Hagin in one of his “anointed” meetings; he can be seen on video flicking his tongue out and around several times just like a snake, which you can see in this video below at the start, and a few minutes later.